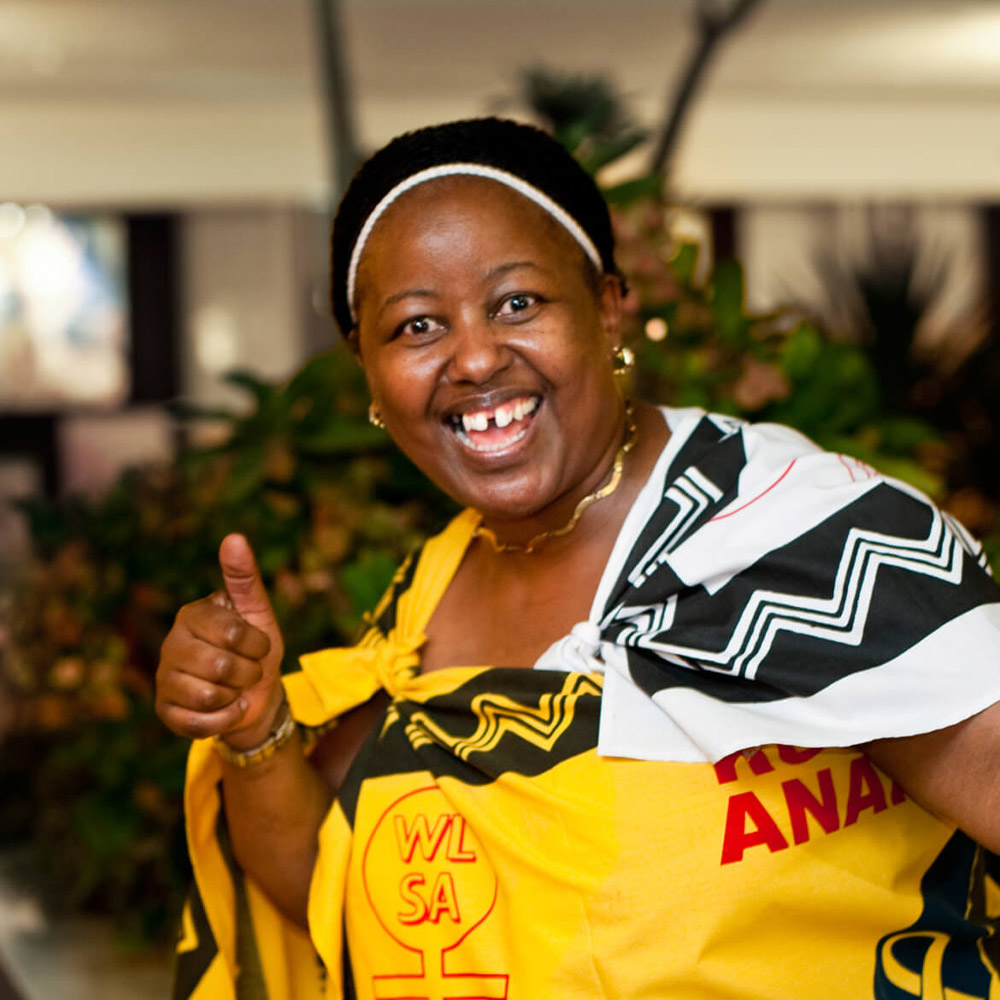 Doo Aphane holds a LLM degree. She is the Founder and Director of the Women’s Development Consultancy, which specialises in law, gender and development. Doo is also the founding National Coordinator of Women and Law for the Southern Africa Trust (Swaziland), and the founding Officer of the Legal Aid Clinic of the Council of Swaziland Churches.

Her other active roles include: the Regional Coordinator of the Women’s Legal Rights Initiative Project, Deputy Chair of the Central Coordinating Mechanism of the Global Fund, and Chairperson of the gender consortium of non-governmental organisations under the auspices of the Coordinating Assembly of Non-Governmental Organisations. She has participated in processes leading to the drafting of the Southern African Development Community (SADC) Gender and Development Declaration and its subsequent development into a Protocol. She was a SADC HIV and AIDS Technical Advisory Committee member from 2007 to 2012 and also a Regional Task Force Committee member of invigorating the Women’s Movement in Southern Africa. In addition, Doo is a member of the African Feminist Forum and Women Inheritance Now Network. She is currently serving as board member of the Swaziland Young Women’s Network and the AIDS Information and Support Centre.