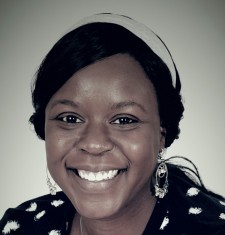 Kay Mahonde joined ISLA as a Legal Researcher, for the Violence against Women (VAW) programme, in April 2016. Her role involves researching substantive issues of comparative and international human rights within the context of VAW, developing publications and curriculum, as well as capacity strengthening.

Kay received an LLB from Wits University and is an alumna of the Bertha “Be Just” initiative; a fellowship programme that trains and supports human rights movement lawyering.

She completed her fellowship while she was based at the Centre for Applied Legal Studies (CALS) where she worked in; the basic services, environmental rights, gender and rule of law programmes.

The cases she worked, on during her time at CALS, further fuelled her passion for becoming a movement lawyer that engages the disparity existing between law and the access to justice for women. In addition, her interests include; the relationships between social movements and the law, the causes and effects of sexual violence in schools, and the intersection of domestic violence and women’s inability to access affordable housing.

She currently sits on the board of the Uhambo Foundation a non-profit organisation based in Cape Town whose vision is to enable an inclusive society without barriers for children and youth with disabilities.