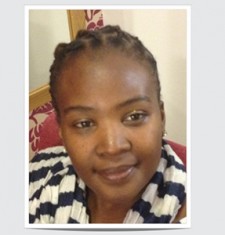 Sibongile Ndashe is the founder and Executive Director of the Initiative for Strategic Litigation Africa, ISLA. ISLA is a Pan- African and feminist led initiative that uses the rule of law and African domestic and regional courts to advance women’s human rights and sexual rights.

Sibongile studied law at the University of the Western Cape. She is a feminist who has worked as a public interest lawyer for the past 18 years. She started her legal career as an Article Clerk in South Africa, working for the Legal Resources Centre (1999-2000). She moved to the South African Constitutional Court as a Research Clerk in the chambers of Justice Kriegler and Justice O’regan (2001). She then worked as an attorney at the Women’s Legal Centre, leading the work on women’s property rights and women’s access to resources (2002 – 2007). Sibongile later worked as the lead lawyer on equality in Africa at Interights. Her focus was on litigating women’s human rights and Sexual Orientation and Gender Identity and Expression (2007 – 2013). In 2014 she founded ISLA.

Sibongile’s three objectives are; to see the development of jurisprudence of gender and sexuality before the African Human Rights Systems; to develop a pool of feminist litigators with expertise on gender and sexuality; and to equip and support social movements as they make decisions about litigation, including whether to litigate or not.

Sibongile’s work focuses on litigating gender and sexuality cases before the African Human Rights Systems. She litigates before the African Commission and the African Court. She also works with domestic lawyers from a range of African countries to provide technical legal expertise on litigating gender and sexuality cases before domestic courts. She has designed capacity strengthening programmes for lawyers working in public interest litigation such as; ‘litigation surgeries’, ‘litigation institutes’ and ‘in-depth seminars’. She teaches and has published on gender, sexuality, and strategic litigation. Sibongile works with the law but believes in justice.