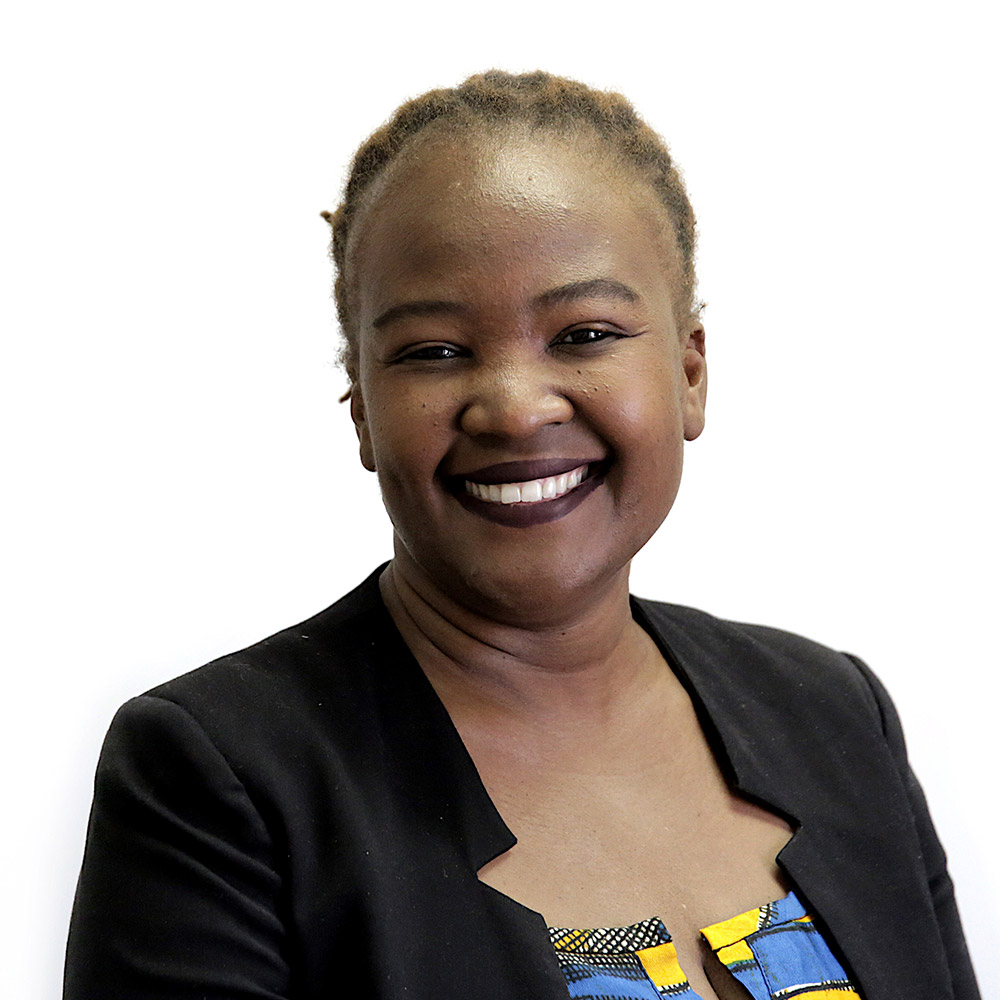 Sibongile Ndashe is the Executive Director of the Initiative for Strategic Litigation in Africa (ISLA). She founded the organisation in 2014. Sibongile studied law at the University of the Western Cape and, later, started her legal career in 1999 as an Article Clerk at the Legal Resources Centre before moving to the South African Constitutional Court as a Research Clerk in the chambers of Justice Kriegler and Justice O’Regan. Her experience as a Research Clerk led her to realise that she wanted to earn a living trying to close the gap between how things are and how things should be.

She then worked as an attorney at the Women’s Legal Centre (WLC), leading the work on women’s property rights and women’s access to resources. At the WLC, Sibongile appreciated the value of courts in enabling the law to ‘see’ women and to right some of the wrongs that the very same law has caused to women.

Sibongile later worked at Interights as the lead lawyer on equality in Africa. Her focus at Interights was on litigating sexual rights and women’s human rights and this work included the first case on women’s rights at the African Commission on Human and Peoples’ Rights, Al-Kheir and others v Egypt. She gained a ‘bird’s eye’ view on how the law and courts in particular can be used to advance the human rights of women and people whose rights are violated on the basis of sexual orientation, gender identity and expression on the continent.

Sibongile’s work is driven by developing jurisprudence in gender and sexuality, before the African Human Rights Systems. Through her work, she is nurturing a pool of feminist litigators with expertise on gender and sexuality in addition to the legal empowerment of social movements to make decisions about litigation.

Sibongile is a keen renovator and loves shopping for fabrics.